Who drills the longest horizontal wells in the world? 

Please note that the original version of this paper was written on 31st of July, 2017 before Maersk Oil was acquired by Total Energies.

In May of 2008, Maersk Oil Qatar completed drilling its BD-04A – a horizontal well with a staggering length of 35,770 ft MDRT. It was reported that this well set records for both the longest well, at 40,320 ft measured depth from the rotary table (MDRT) and the longest along hole departure of 37,956 ft MDRT. These kinds of achievements are no longer on the front page of Maersk Oil news.

The findings presented here are based solely on the data available from Rushmore Reviews Offset Well Data for the period of time from 2007 to 2016 year. The graphs below present worldwide wells data drilled only in development phases and completed within the mentioned period of time. No exploration or appraisal wells are included. The shale gas development wells were also excluded as they cannot be directly compared to conventional drilling.

Operators were divided into two categories: major (BP, Chevron, ConocoPhillips, Eni, Shell and Total) and independent operators/mid-size (Anadarko, Apache, Hess, Maersk Oil, Marathon, Murphy, Noble, Oxy, Repsol, and Talisman). The name of the operator (e.g. Shell) represents all the sub-companies and dependent operators (e.g PDO, NAM, SNEPCO for Shell). Although this might not be fully correct, I attempted to simplify the data. The graphs are used to highlight the general trends within the industry and not to pinpoint details such as the fact that BP drilled a couple of wells more than ConocoPhillips.

All the wells with an inclination exceeding 85 degrees (even for a minimal length) were categorized as horizontal wells. All the wells that fulfilled the criteria of ERD (Extended Reach Drilling) wells (MTD ≥ 2 * TVD) were excluded and assigned exclusively to ERD wells category (see below). This manipulation was purposely chosen to highlight the critical dissimilarities between the operators.

From figure 1 we can conclude that Shell clearly drills the largest number of horizontal wells with Total and Chevron falling right behind. Among independent companies interestingly, Oxy drills more horizontal wells than any other mid-size operator. Still, all these wells cannot be assigned to the ERD category as they are relatively short in length.

Not including the ERD category into the horizontal category is purposely chosen to highlight the striking trends among all the operators. As shown on figure 2 Shell still drills the largest number of ERD wells, Maersk Oil falls right behind it and is the unquestionable leader among mid-size companies. Alone, these two companies together drill approximately 80% of all the ERD wells worldwide!

When we look at an average length of the reservoir section, the findings become even more interesting. For horizontal wells category the longest reservoir sections are drilled by the mid-size operators, not the major ones. Apache, Marathon and Maersk Oil are the leading parties with close to or right above 10,000 ft MD in average reservoir length.

What is the reason for such distribution? Do the majors go only for the “safe” hydrocarbons and less “challenging” projects, whereas independent operators are more receptive to more risk-prone developments and pushing the boundaries of what is feasible? Or maybe it is because the smaller operators developed their niche, their specific know-how and their unique capability (e.g. geosteering long horizontal sections within a couple of meters of thin laterally developed reservoirs) rather than focus on more generic and broad competence?

Figure 4 is my favorite one and highlights the core of the matter. Extended reach drilling is clearly the bread and butter for one and only one operator – Maersk Oil. On average Maersk Oil wells are the longest and the most challenging ones (ERD category).

Here we have to be fair, take a step back and clarify one matter. It must be noted that although Maersk Oil drills on average the longest ERD wells, these wells cannot be treated as typical ERD wells sensu stricto. Although the term has broadened up recently, a typical ERD well is particularly challenging for directional drilling and requires specialised planning to execute a well construction. It also assumes a long step out before reaching a reservoir as it is mostly used by satellite field, near-shore fields and developing fields from pads. This doesn’t exactly reflect the “ERD” wells that Maersk Oil drills. Maersk’s wells have relatively standard construction and their step out before landing in the reservoir is not as significant as one might think. What is outstanding about these wells is that the length of their reservoir section on average reaching beyond 15,000 feet MDRT. And the reservoir length is the main factor that contributes to the overall length of the well and assignment to the ERD category. Personally, I much prefer the alternative term “extremely long-reach horizontal wells”. Nevertheless, no one drills such long wells and in such quantities as Maersk Oil.

Figure 5 represents a relative balance between all the operators depicting a general length trend for the wells (still with Marathon, Apache and Maersk Oil on the lead).

A substantial amount of the wells showed here are multilateral. For such wells, I have rolled up the total length of all the laterals and reported as a cumulative figure.

Yet again figure 6 displays a striking consequence of the continuous strive for excellence in Maersk Oil. Although Maersk Oil doesn’t hold the longest horizontal well record anymore, the company proves on a daily basis its capability of drilling extremely long-reach wells over and over again. There is no doubt who is the leader of this competition. The second-best operator in this category, ConocoPhillips, drills wells shorter by approximately 4000 ft MD (on average)!

80% of longest boreholes in the world (regardless of whether they are of horizontal or ERD category) were drilled by Maersk Oil. Although the trend doesn’t seem to be changing much, the future still remains unclear for the company as it faces leaving Qatar by the end of 2017 (At least half of the extremely long reach horizontal wells were drilled in the Al Shaheen field in Qatar). Therefore, is of the utmost importance that awareness of this achievement is raised, and this capability is preserved within the organisation. With the current exodus of all the operational employees (I am one of them) will it still be possible to achieve such astonishing results? It has not been accomplished without a continuous learning curve and is clearly where its biggest potential lies. This is / was Maersk Oil’s crowning glory.

What is your opinion?

You can learn more about how to drill some of the longest horizontal wells in the world by signing up for our three new courses: 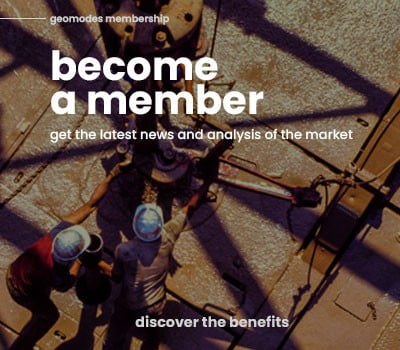 Who drills the longest horizontal wells in the world? 

What should geosteerers include in their CV and cover letter?

the next course starts on:

Join us on the unforgettable learning journey today!